But while the story captured the nation’s attention, the Mayor and the city’s efforts to address racial inequities and begin a process of racial reconciliation in New Orleans were both broader and more comprehensive than removing monuments celebrating the confederacy.

This city profile is part of a larger series sponsored by the W. K. Kellogg Foundation. 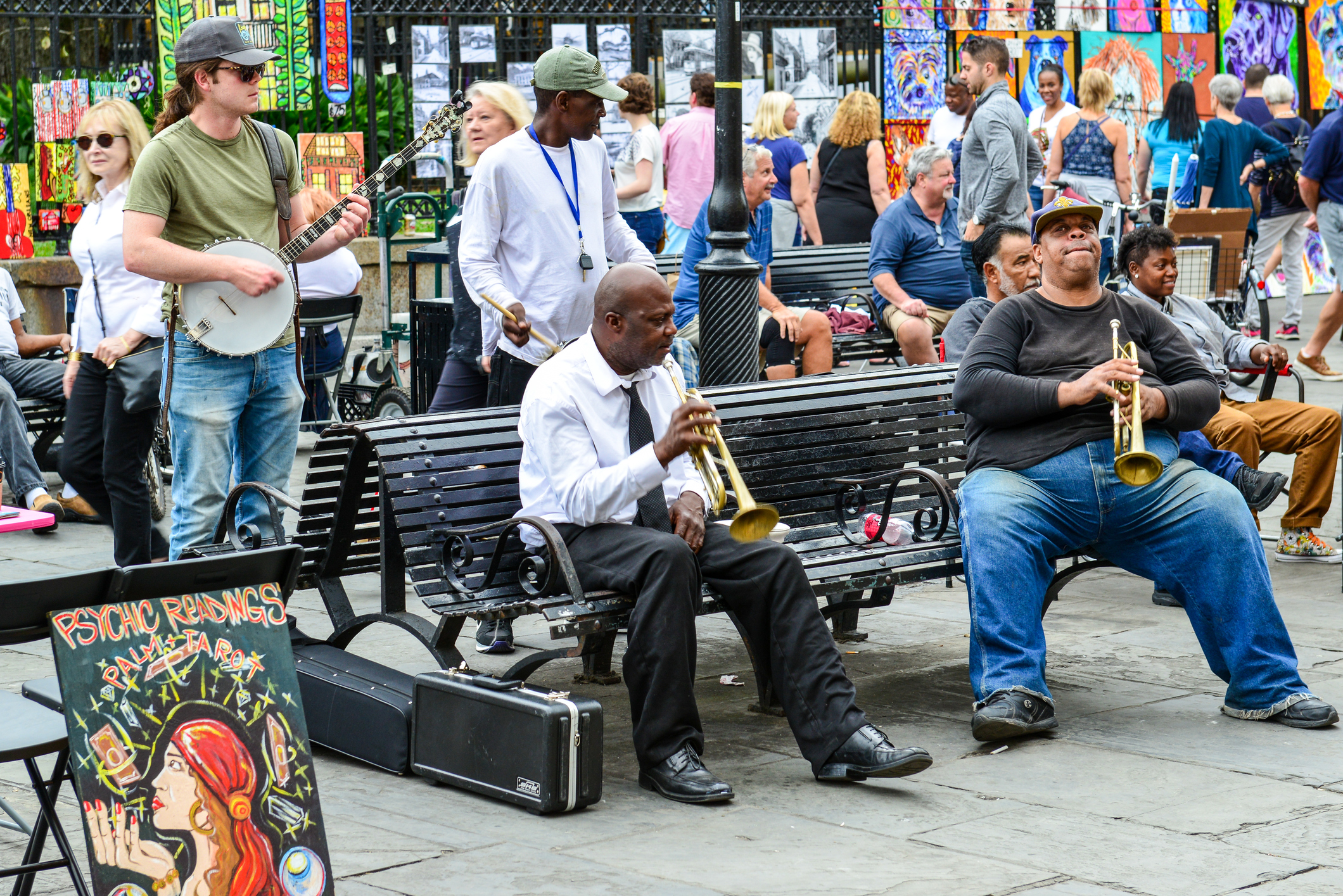 A group of men play jazz music as people sit in Jackson Square in the French Quarter of New Orleans, Louisiana.