“City leaders know that at the end of the day, they must balance their budgets to continue delivering the services their communities rely on,” said Clarence E. Anthony, CEO and Executive Director of the National League of Cities (NLC). “Cities are the engines of innovation and economic growth. It’s critical that Congress and the administration work closely with local officials to ensure American cities continue to grow our economy and lead our nation forward.”

City Fiscal Conditions, which has been published annually by NLC since 1986, provides a window into the health of cities across the country, and helps local officials be realistic about the tools that are available to them. 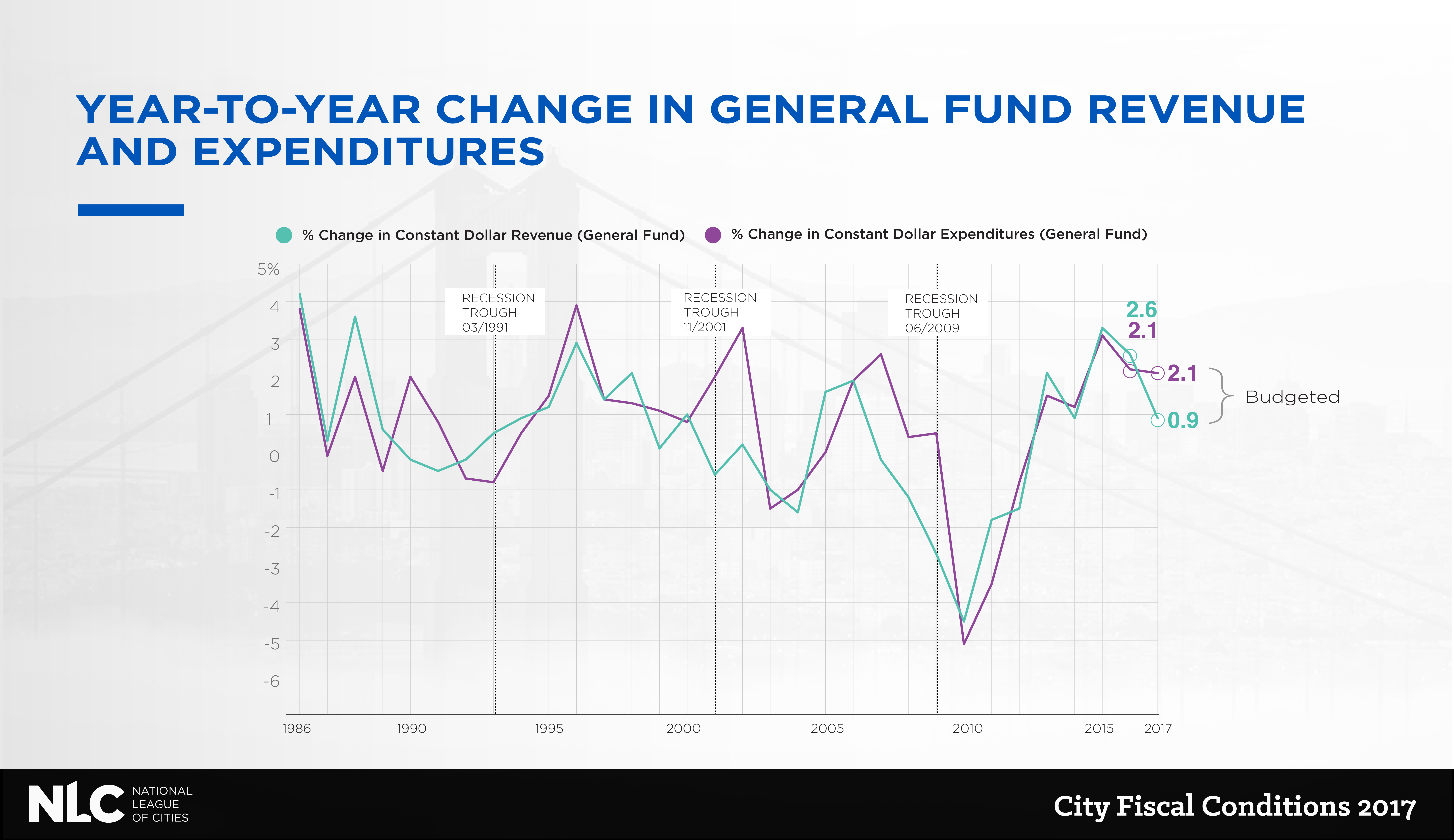 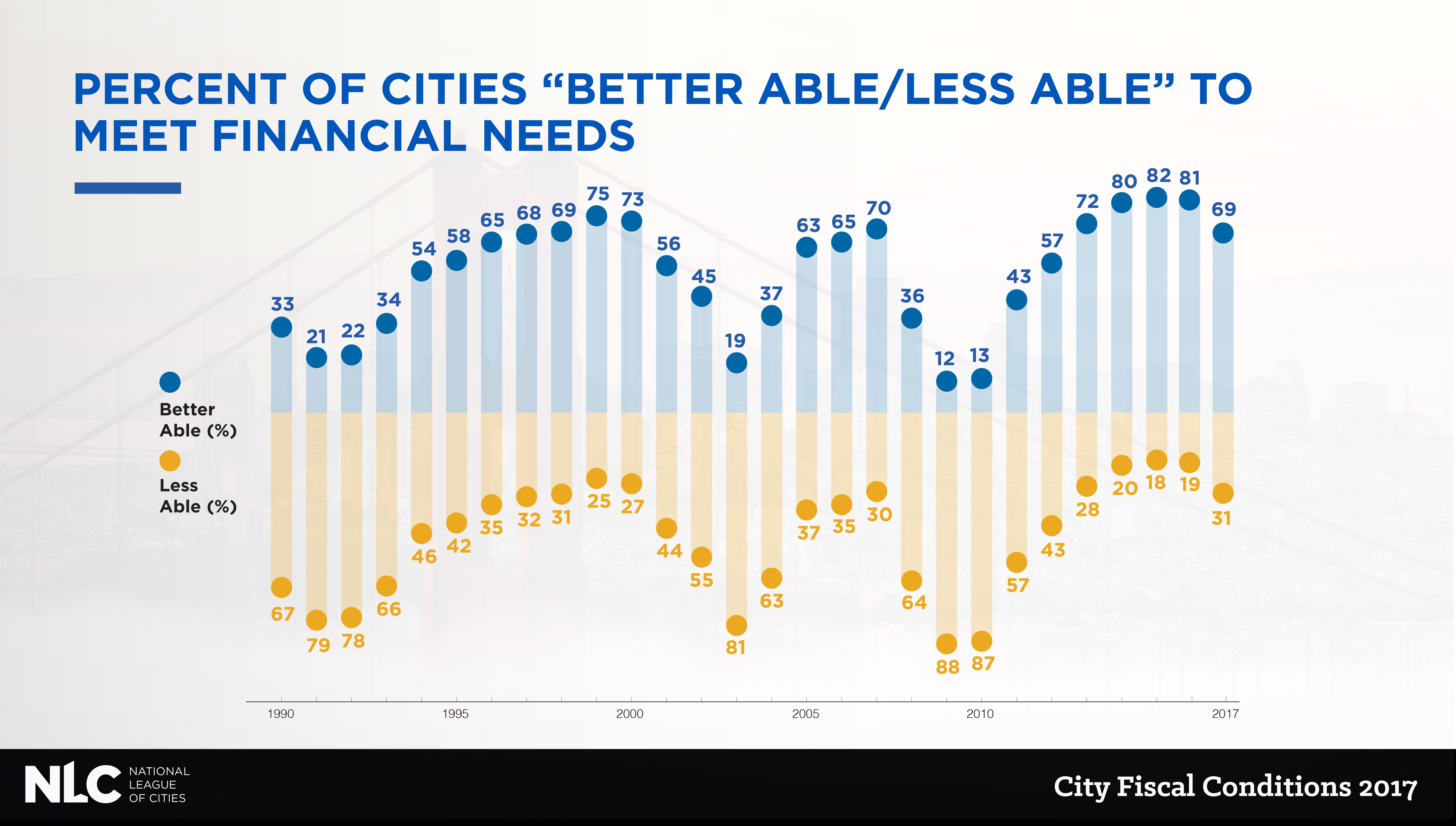 “Our findings raise cautionary flags, despite improvements in economic indicators, like productivity and unemployment,” said Christiana McFarland, Director of Research at the National League of Cities (NLC). “These countervailing trends point to the imperative to expand the fiscal tools available to cities.”

City Fiscal Conditions 2017 was released today in Washington at a roundtable event featuring elected officials, city leaders, analysts, economists and practitioners. They held a candid discussion of the findings, and whether this municipal-level contraction is a bellwether for the national economy.

For questions or to receive an audio recording of the release event, please contact Courtney Bernard at Bernard@nlc.org.