NLC’s latest report provides a fiscal snapshot of cities based on a survey of revenues and expenditures as well as policy actions and priorities. The official report release streamed live from Washington, D.C. at 11:00 a.m. EST on October 13 and featured a panel of distinguished guests.

Each year, the National League of Cities (NLC) surveys city finance officers from across the nation about actual and budgeted revenues and expenditures as well as policy actions and priorities. Taken together, their responses provide a snapshot of the “average city” within the municipal sector. This is the 31st annual edition of the NLC survey, which began in 1986.

City Fiscal Conditions Are Getting Stronger 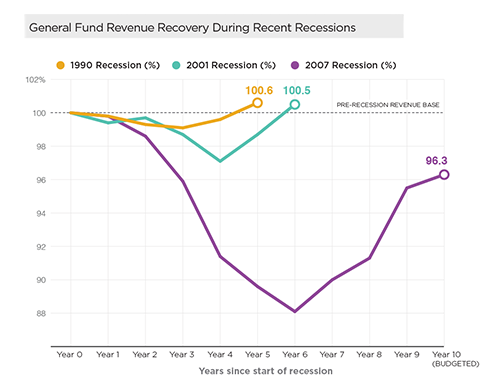 As of 2016, revenues have recovered to about 96 percent of pre-recession (2006) levels. The changes in General Fund revenues tend to reflect the changing economic and fiscal environment within which cities operate. 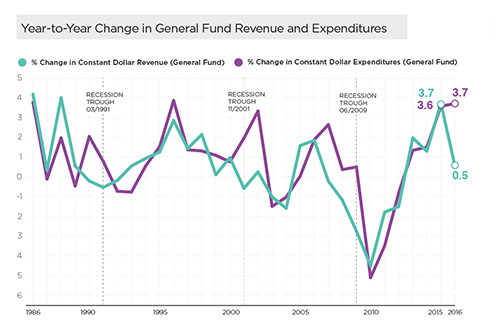