Revenues Continue to Expand, But Growth is Slowing

WASHINGTON — September 13, 2018 — Despite strong national economic growth and almost full employment, a new report from the National League of Cities (NLC) released today indicates that cities are still recovering from the Great Recession and shouldering the country’s residual economic burden. The 33rd annual City Fiscal Conditions report, based on a survey of 341 city finance officers, found that while city fiscal health is not yet declining, growth is slowing and echoing cautionary signals from previous economic downturns.

Numerous factors indicate a more complex economic reality in cities across America as slowing housing markets, stagnating wages and the impact of the 2017 federal tax reform legislation influence the outlook of many city finance officials. In FY 2017, 10 years after the Great Recession, local revenues grew only 1.25 percent over the previous year compared to expenditures, which grew 2.16 percent. 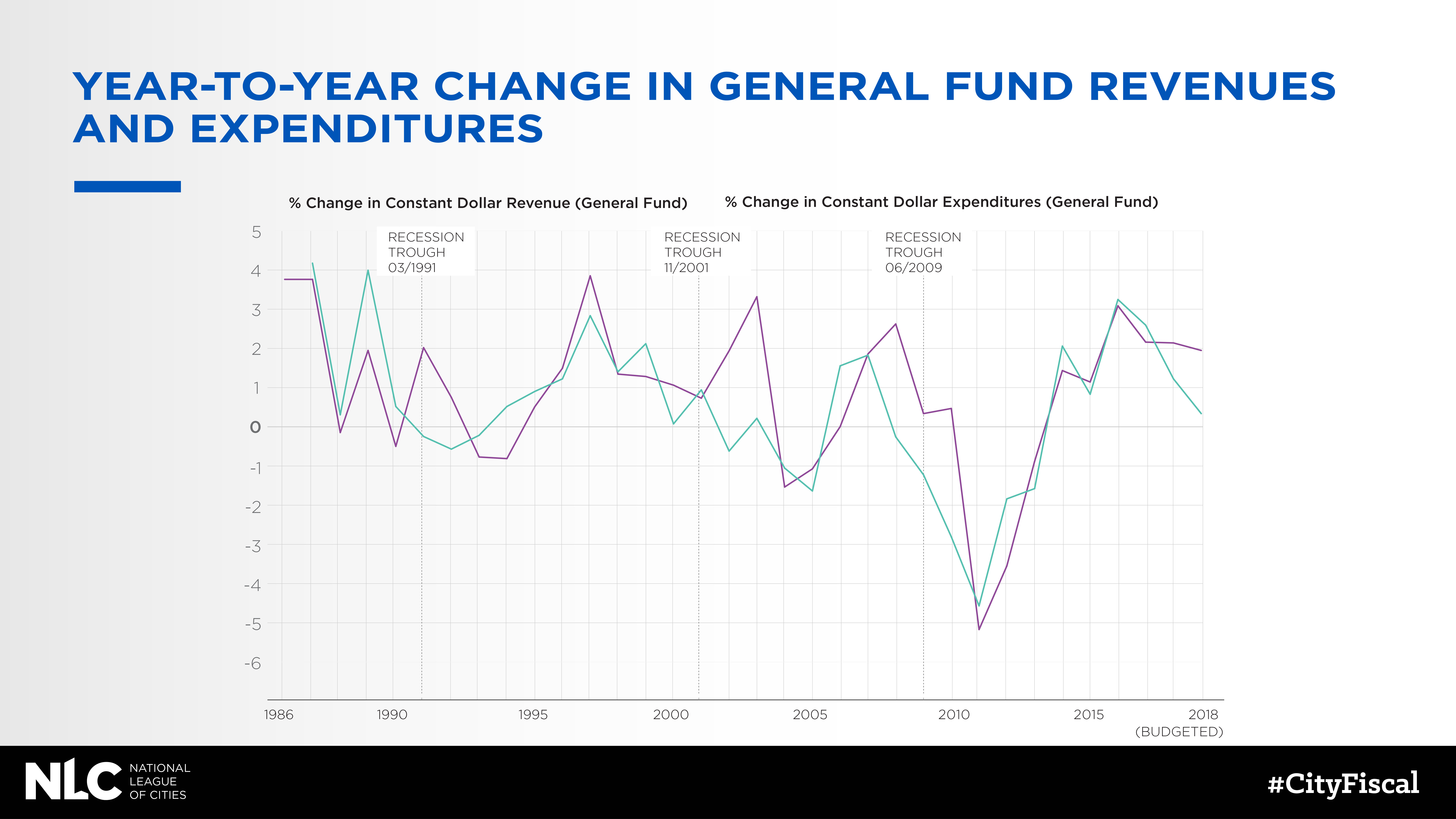 “Cities are the backbone of the American economy,” said National League of Cities (NLC) President Mark Stodola, who is mayor of Little Rock, Arkansas. “Having strong municipal finances means being able to build and maintain parks, invest in infrastructure and keep our communities safe. Just about every service we hold dear and consider critical is provided at least in part by city governments.”

Fiscal conditions are uneven in cities across the country. Communities in the Midwest are faring worse than those in other regions. Smaller cities, too, have a poorer fiscal outlook than their larger counterparts. The report attributes these difference to population and industrial losses that began before, but were accelerated by, the Great Recession. 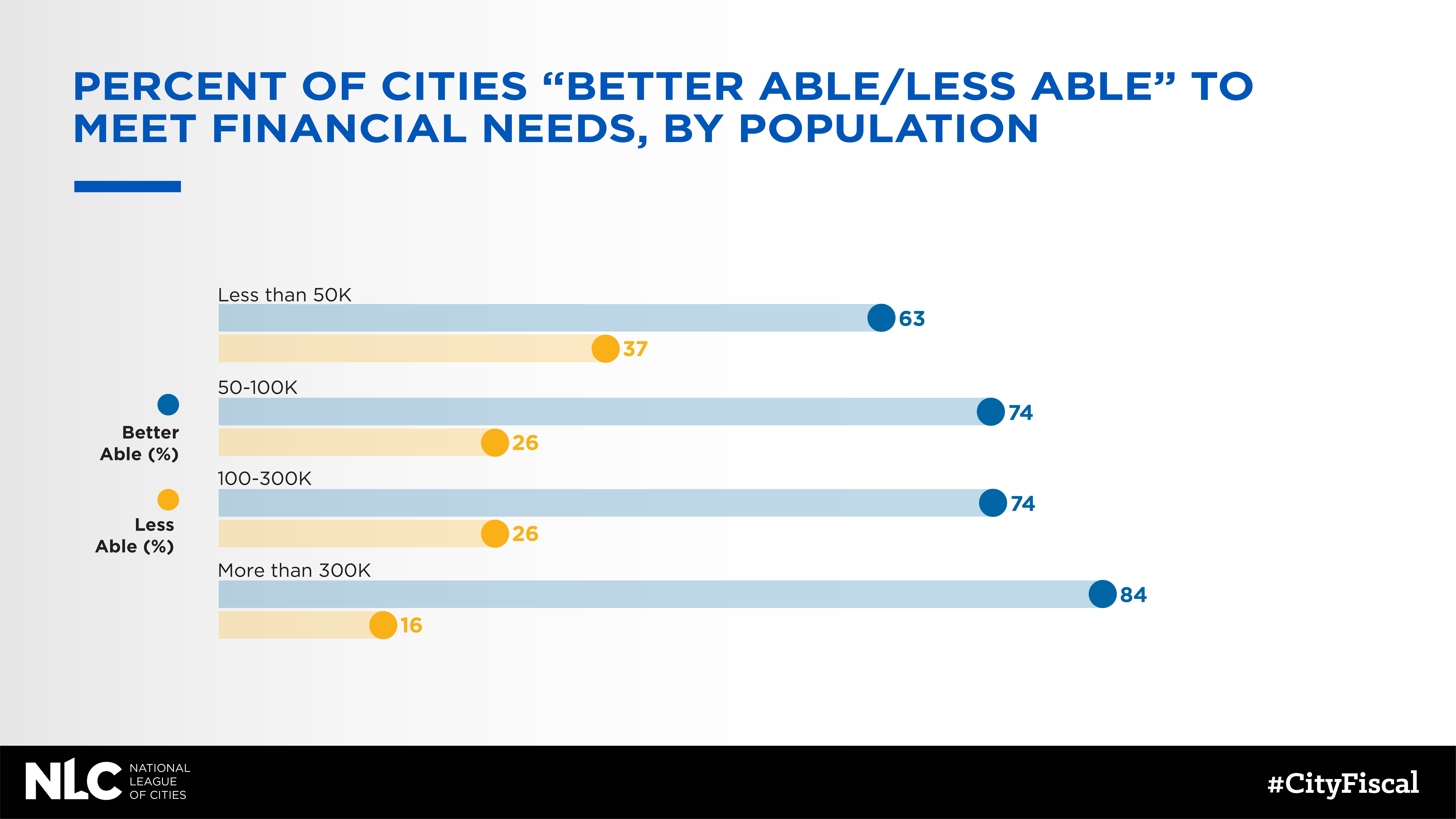 The 2018 City Fiscal Conditions report also contains one of the first analyses of the local effects and perceptions of the federal Tax Cuts and Jobs Act of 2017. Although it is too soon to tell exactly how the new legislation will affect cities, 35 percent of finance officers report seeing negative fiscal impacts associated with the elimination of tax-exempt advance refunding bonds. Last year, this critical municipal finance tool saved taxpayers more than $2.5 billion.

“Just as the national economy continues to expand, so too does city fiscal health,” said NLC Research Director Christiana McFarland. “But the untold story is that we are starting to see slowing growth and city leaders preparing for uncertainty ahead.”

A city’s ability to meet fiscal needs can depend heavily on its relationship to the state and the types and quantity of services it provides for residents. For example, Waco, Texas, and Stockton, California, which were both featured in a press event to release the report, are achieving fiscal growth and sustainability by:

The City Fiscal Conditions Survey is a national online survey of finance officers in U.S. cities conducted in the spring and summer of each year. To learn more, read the report here.