WASHINGTON — April 4, 2018 — Today the National League of Cities (NLC), in partnership with state municipal leagues, released an update to its report, City Rights in an Era of Preemption, that reveals state preemption of local authority is increasing throughout the country. From minimum wage to municipal broadband, the report illuminates the worsening trend of infringements on local democracy.

“People who live in cities and towns want control over their own destinies,” said National League of Cities (NLC) CEO and Executive Director Clarence E. Anthony. “When states take away the ability of local leaders to make decisions, the values and will of the people are ignored.”

More than half of all states now ban local efforts to combat inequality through minimum wage policy, while 23 states have denied local governments the power to enact paid sick leave policies. States have shut down local LGBTQ anti-discrimination ordinances, undermined efforts to advance environmental protection, and stifled innovation by preventing cities from having a say on high-speed broadband.

Increased preemption has been linked to lobbying efforts by special interests, the spatial sorting of political preferences between urban and rural areas, and single-party dominance in most state governments. As preemption proliferates, local leaders are prevented from keeping people safe, expanding rights, building stronger economies, and promoting innovation.

“When state laws nullify municipal ordinances or authority, the loss of local control can have far-reaching economic and social impacts in communities,” said Brooks Rainwater, Senior Executive and Director, NLC’s Center for City Solutions. “Local control and city rights are priority number one. We know well that innovation happens in cities and then percolates upwards – this process should be celebrated not stymied.”

Divorcing decision-making from the wants and needs of community members in this way creates an environment that counters the values of local democracy. To ensure that the core values of community members are heard and reflected in the policies and priorities of government, NLC launched the Local Democracy Initiative, of which this report is a key component. NLC is also working to equip city leaders with tools and strategies to prevent and reverse preemption through peer learning, evidence-based research and policy development. 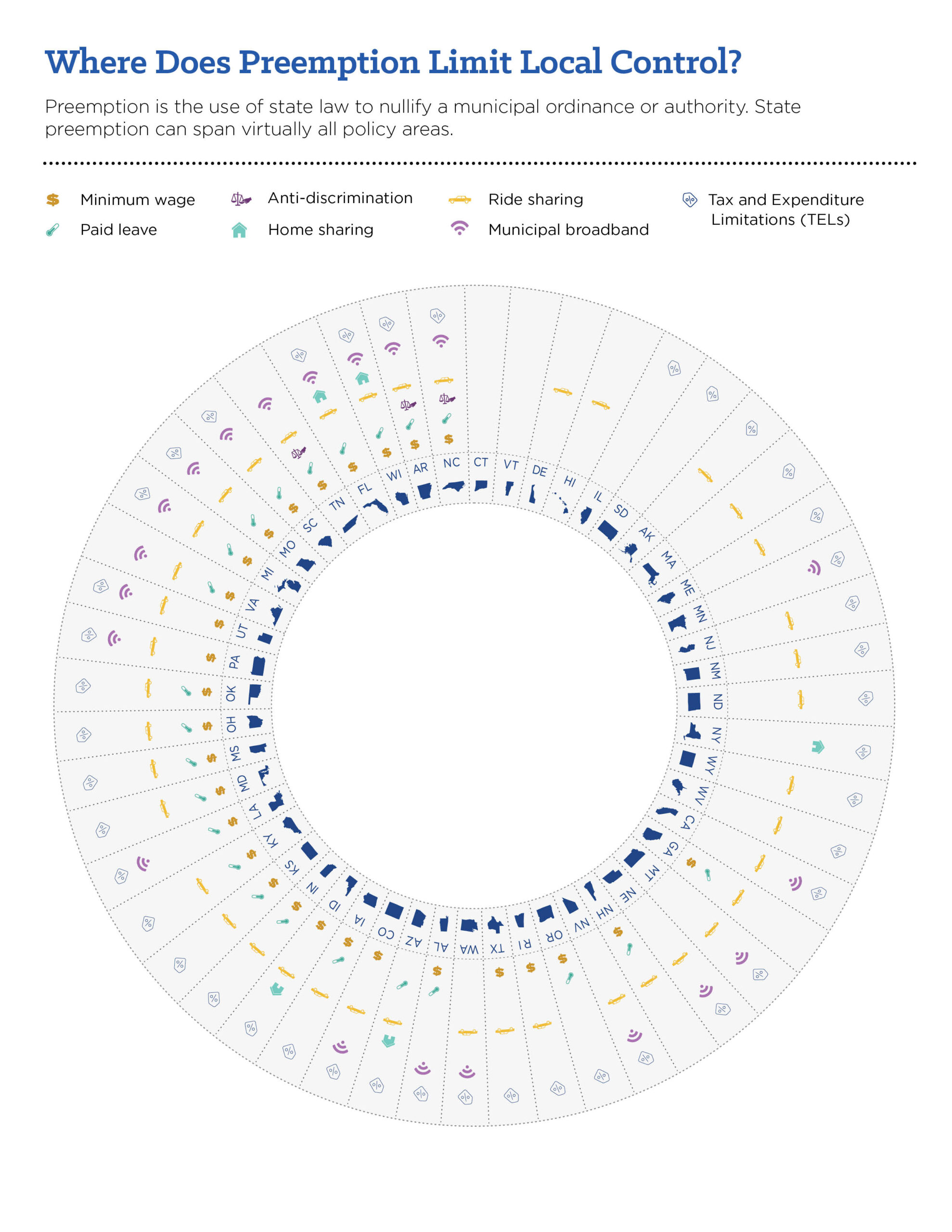